Suspended on a long cord, which runs from a wooden-look mount, this hanging light is rounded off with a black metal shade pendant. 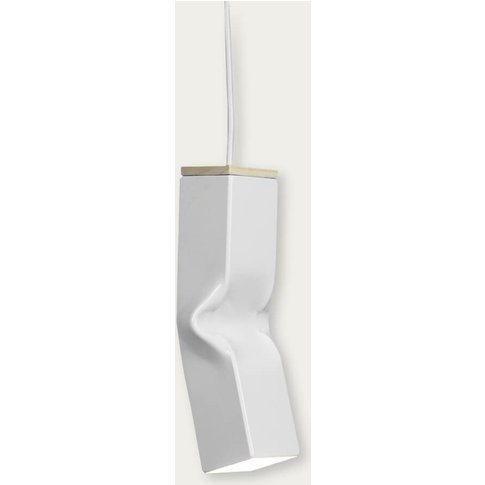 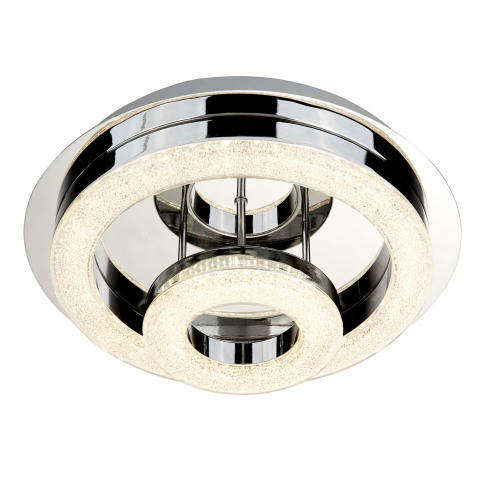 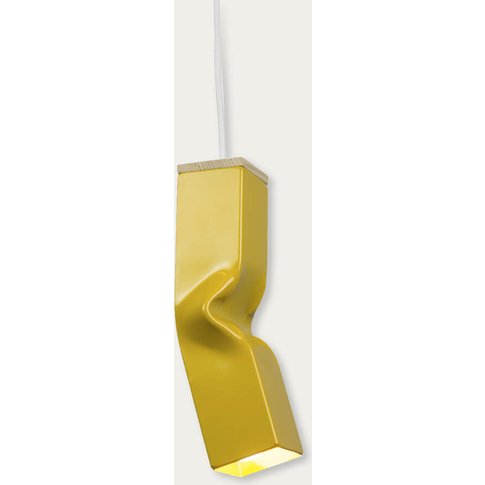 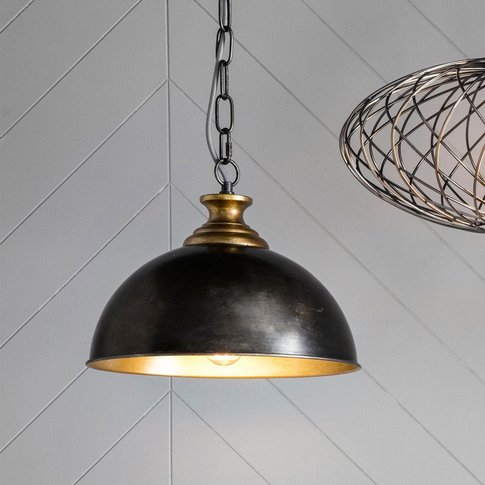